Home » News & Events » PHI in the News
Back to Overview Page

Then and Now: Looking Back at a Decade of Girl-Fueled Activism in Liberia

Since 2009, PHI's Rise Up has created a powerful network of over 500 leaders has directly benefited 7 million girls, youth and women—advocating for over 100 laws and policies impacting 115 million people in Africa, Latin America, South Asia and the U.S.

In celebration of Rise Up's 10 years of global impact for girls and women, learn about their work through the journeys of Aisha and Rosana, two Rise Up leaders, and reflect on a decade of their impactful work in Liberia.  more

In June, Illinois joined 10 states and the District of Columbia in legalizing recreational use of marijuana—and some health advocates worry that policymakers aren't going far enough to protect health and invest in equity. That's why PHI's Getting it Right from the Start project works with cities, counties and states to provide guidance on adopting cannabis policies that reduce harms, protect against youth and problem cannabis use, and ensure social equity.

“It’s going to be up to states to adopt policies that are more responsive to public health and social equity concerns,” said PHI's Lynn Silver, director of the Getting it Right from the Start project. “Just because marijuana is legal doesn’t mean we have to allow every form of marijuana consumption that the industry can dream up.”  more

Why Warning Pregnant Women Not to Drink Can Backfire Punitive policies—like equating drinking while pregnant as child abuse and threatening to involve child protective services—may actually dissuade women from getting prenatal care, according to a recent study from PHI's Alcohol Research Group and UCSF's Advancing New Standards in Reproductive Health. The research found that policies which defined alcohol use during pregnancy as child abuse or neglect were associated with an increase of more than 12,000 preterm births, and resulted in more than $580 million in costs during the first year of life. In The New York Times, Aaron E. Carroll investigates this and other studies that show why warning pregnant women not to drink can backfire.  more

All in the Family: What Multigenerational Cohorts Are Revealing about Potential Environmental Impacts on Neurodevelopment

Between 1959 and 1967, more than 15,000 pregnant women in the Bay Area enrolled in PHI's Child Health and Development Studies (CHDS), a long-term cohort project designed to better understand what makes pregnancies—and children—healthy. Today, PHI researchers are using that same data to uncover how an individual’s exposures can impact the health of their descendants, like identifying links between grandparents’ exposures and behaviors—things like smoking, alcohol, and medication use—and autism diagnoses in the third generation.  more

The rural Plumas County is being help up as a model for how other counties can fight the opioid crisis. This report highlights Plumas County public health representatives who went to Washington D.C. and to PHI's 2019 National Opioid Leadership Summit in Sacramento to share how they have found solutions that work toward curbing the opioid crisis in their area.  more

If we don't act on climate change now, in about 50 years San Francisco could see as many as 30 above-90-degree days annually, according to a new report. KQED Forum talks about the new study from the Union of Concerned Scientists, how Bay Area temperatures will likely change in coming decades and the health impacts of extreme heat. Featuring PHI's Dr. Linda Rudolph.  more

22 Women From Across State Trained to Promote Leadership

The Indian Express covered the Collective Impact Partnership (CIP), a project lead by Rise Up, in partnership with the Global Fund for Women, How Women Lead, Public Health Institute, and World Pulse. The CIP trained 22 women from across the state of Maharashtra to promote women's economic empowerment and social justice for women and girls.
more

Mei Kwong, executive director of PHI's Center for Connected Health Policy discusses telehealth services with NPR reporter Patti Neighmond, and how telehealth has the potential to remove health care barriers for those who live in rural America.  more

The Secondhand Harms of Drinking Impact 1 in 5 Adults, Study Says About one-fifth of adults in the United States have experienced some form of harm due to someone else's behavior while drinking. That's according to a study from PHI's Alcohol Research Group, published in the Journal of Studies on Alcohol and Drugs. Their research found that in 2015, an estimated 53 million adults—or nearly 1 in 5—said they had experienced at least one harm attributable to someone else's drinking in the past year. That harm ranged from property damage to physical injury.  more

US Suicide Rates Are The Highest They've Been Since World War II, According To The CDC

US suicide rates are the highest they've been since World War II, federal health officials said Thursday, with the rise particularly acute among indigenous women. William Kerr, director of the NIAAA Alcohol Research Center at the Public Health Institute's Alcohol Research Group, discusses with BuzzFeed News how the nation's opioid crisis and alcohol use among family members could be contributing factors to the rise in suicide among indigenous people.  more

Californians who endure the hassle and expense of having their vehicles smog-checked every other year might be surprised and irritated to learn that those big-rig diesels are exempt from such thorough scrutiny. Residents near ports, rail yards, warehouse hubs or highways with heavy truck traffic who are breathing the exhaust might be even more perturbed to know about the loophole in state law. In this piece, The Chronicle’s editorial board covers Senate Bill 210, backed by Public Health Institute and our allies in the environmental and health communities, would close that gaping loophole.  more

Now in its seventh decade, PHI's Child Health and Development Studies (CHDS) is one of the world’s longest running and likely one of the most diverse familial health studies. This Ensia piece recounts the stories for the participants of the CHDS. All volunteer participants have contributed their data to help answer some questions relating to the medical and scientific knowledge about pregnancy, childbirth, and child development, and have added to available scientific information concerning adult health and disease.  more

A doctor performs an ultrasound examination on a pregnant woman

New research from PHI's Alcohol Research Group and UCSF's Advancing New Standards in Reproductive Health suggests that certain efforts intended to stop pregnant women from drinking—including some that have been in place for more than forty years—could be backfiring. Their study, published in PLOS ONE, looked at policies including posting warning signs in bars and restaurants, and policies that define drinking while pregnant as child abuse or neglect. They found these efforts are associated with worse health outcomes for babies—in part because they can actually discourage women from seeking prenatal care.

A 2014 study by the California Environmental Health Tracking Program—a collaboration with PHI and the state Department of Public Health—found Monterey County had some of the state's highest percentages of schools nearby where pesticides are applied. Seven North Monterey County schools will now receive advanced notice when pesticides are going to be sprayed on crops near schools.  more

The overlap between domestic violence and child maltreatment is profound. Research suggests that crossover may include between 30 and 60 percent of families involved with the child welfare system.

However, when the media writes about child welfare—the system that is charged with taking care of abused and neglected children—that connection is seldom featured in stories, according to a new study from PHI's Berkeley Media Studies Group.  more The Public Health Institute has been named one of the Best Nonprofits to Work For by The Nonprofit Times, in their 2019 report released today, which includes factors such as benefits for physical health as well as financial wellbeing. “Employees are our number one asset, we wouldn’t able to do the work we do without incredible staff. We want to make sure we’re taking care of them as best we can,” said PHI President and CEO Mary Pittman.  more 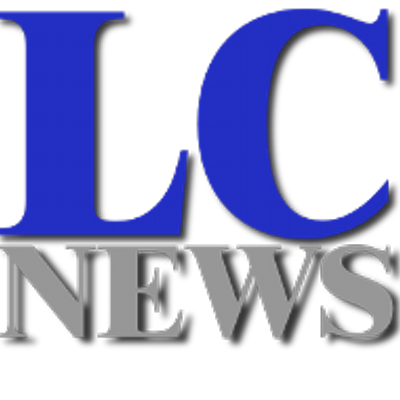 The least healthy county in California is Lake County, according to the newly-released annual County Health Rankings, which PHI helps disseminate throughout the state. The report used data from the years 2015 to 2017, which saw Lake County hit repeatedly not just by wildland fires but by a flood.

This year’s analyses also show that a lack of opportunity for a safe, secure, and affordable home is tied to poor health. “The housing affordability crisis in California is a public health crisis," said PHI President & CEO Mary Pittman. "Moving forward, we must invest in healthy and affordable housing, protect the residents who are most at risk, and ensure that these residents and communities can fully participate in the shaping of housing policy.”  more 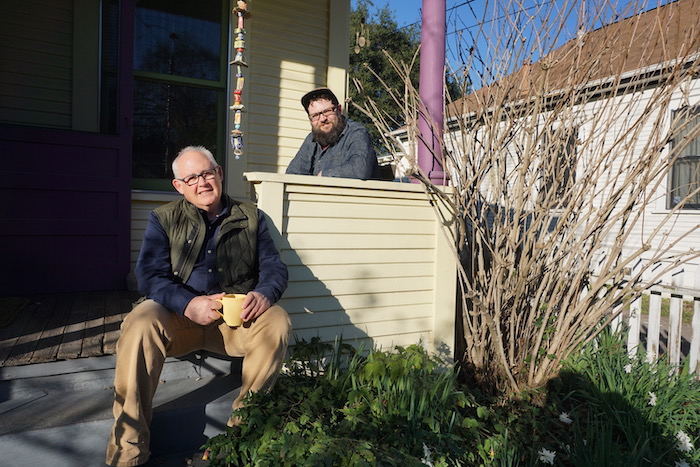 Hosted by PHI's Michael Dimock, Flipping the Table: Honest Conversations About Food, Farming and the Future is a new podcast featuring dynamic and enlightening conversations with the people who are flipping the table to create new ways to feed the world. In this interview with Sonoma County's Made Local Magazine, Michael Dimock explains the new show and why he decided to host a podcast.  more Berkeley residents cut their consumption of sugar-sweetened beverages by half in the three years after passing a soda tax in 2014, according to a new UC Berkeley study.

“The (UC Berkeley) findings suggest not only that sugar taxes work, but that they keep working over time,” said Dr. Lynn Silver, a senior adviser with PHI who carried out an earlier study of the Berkeley soda tax in 2017 that found that in the year after the tax was enforced soda sales fell nearly 10 percent and bottled water sales increased by 16 percent.  more

More than 31 health facilities across California, many in rural areas, will soon be able to treat patients for opioid withdrawal on the spot. PHI's Bridge program has selected the facilities to participate in the California Bridge Program, providing funds, training and technical assistance for these facilities to increase or improve access to medication-assisted treatment for patients with substance use disorder throughout the hospital.  more